As this dreadful year ended we were looking forward to the new consoles that we were dreaming about since they were announced. Unfortunately, this pandemic also affected the production of the machines, and the very limited stock flew away from the stores leaving most of us with one question. When am i going to be able to buy a Next-Gen console?

Limited drops from time to time?

The model we have been seeing these days when it came to get either a PS5 or a Xbox Series X consisted in very limited drops like the one we saw when it came to limited edition sneakers. This strategy made two things clear in the videogame world. There were not nearly enough consoles on launch day and people are willing to pay huge amounts of money to a reseller.

What can we do about it? Basically try to get lucky when the drops get announced. Set the page up earlier than the drop time and refresh the page like you are getting paid to do it until it says “available”. So, unfortunately, we don’t really know exactly when we will be able to buy a Next-Gen console.

Both Microsoft and Sony addressed this problem the same way. And turns out this is not going to be a quickly resolved issue. Because it looks like all the people who couldn’t get their hands on a Next-Gen console will have to wait for, at least, another three to four months.

As, in the words of Tim Ryan, head of PlayStation, we shouldn’t get our hopes up until mid 2021. The reason? The Covid-19 crisis slowed down production and both Sony and Microsoft won’t be able to steadily supply the demand.

Resellers, the only option for those who can’t wait

If you didn’t have a pre-order and just can’t wait for the Next-Gen you only have one option: Resellers. You’ll probably have to pay more than the official price, but is the only way to get your hands on a PS5 or Xbox Series X/S unless you happen to be really lucky when it comes to the drops.

On the other hand you could just wait until the consoles are available again on official retailers and save that money for the games. But we know that some of you just can’t wait, because we can’t either. 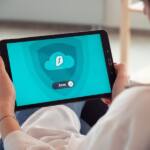